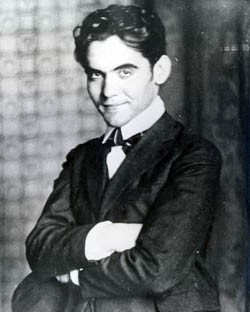 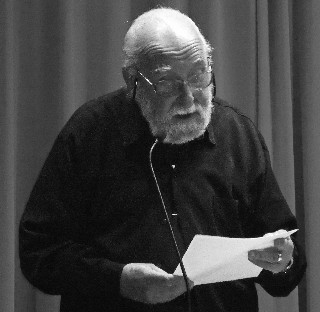 "After translating Lorca's series of poems "The Suites" I began to compose a series of poems of my own (“variations”) that draw systematically on vocabulary, especially nouns and adjectives, from my translations of the Suites, but rearrange them in a variety of ways. The methods used resemble chance operations but with a margin of flexibility, with total freedom in the case of verbs and adverbs, with occasional addresses to Lorca himself imbedded in them. The result isn’t translation or imitation in any narrow sense, but yet another way of making poetry – and for me at least, a way of coming full circle into a discovery that began with Lorca and for which he has stood with certain others as a guide and constant fellow-traveler."

Water Jets [1]
The water jets are broken & the maids haven't been in to clean. Something dark broke through the garden in the night.  My heart is useless, in which my arteries ran wild & banged like pianos. Dirty centuries & dirty water. Blood drips from a rose, it smears my window, covers the dust piled on my sword. The world's a garden complete with swords & caballeros. Night starts in again behind a single cloud.